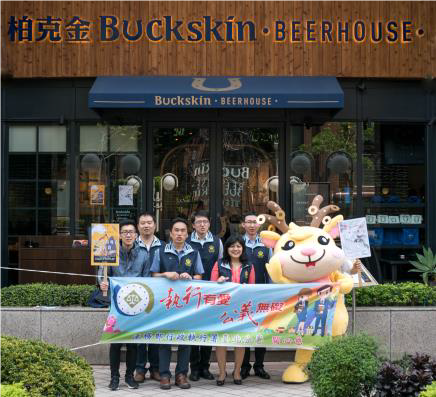 From April 15 to 24, AEA Taipei Branch complied with the project execution policies of AEA in the ten-days period to execute the "Project of executing the due fine of drunk or drug driving cases actively." Taipei Branch actively executed the cases related to the fine of drunk (drug) driving in the Branch to reach the expectation of the public with regard to the active execution against drunk or drug driving cases, implement justice in traffic and give the public a safe way to go home. According to statistics, as of February 28, 2019, the total number of the obligors of unpaid fines of drunk (drug) driving in Taipei Branch cases was 722, and the total amount of the unpaid fines was around 42,000,000.

In order to implement the zero-tolerance policy against drunk driving, in addition to holding various public activities to promote anti-drunk (drug) driving campaigns, ask the obligors to pay the due fine of drunk (drug) driving voluntarily, the Taipei Branch also actively executed the said cases and used various methods of execution, such as pressing payment, seizing salaries, deposits and sealing the real properties, etc. The procedures of sealing the relevant real properties of the obligors of the unpaid fine on site. Under the strategies of concurrent promotions and active executions, the execution of this project resulted in an exceptional outcome. The total amount collected was 3,420,874 NTD.